John Wager, ONAMI member researcher and OSU professor, was recently named a fellow of the National Academy of Inventors.

John Wager, ONAMI member researcher and OSU professor of electrical and computer engineering, was recently named a fellow of the National Academy of Inventors (NAI). This prestigious title is given to academic inventors who have created or facilitated innovations that have made a tangible impact on quality of life, economic development and the welfare of society.

Wager is a pioneer in the field of transparent electronics. His transparent transistors helped to develop a technology that is now found in flat-panel displays, such as Apple computer monitors with 5K retina display. He holds a total of 21 patents and has 17 pending patents for thin-film materials applications such as liquid crystal display backplanes and thermal inkjet printers. He is also the co-founder for Inpria Inc. and an advisor to Amorphyx Inc., spinoff companies that are working to commercialize technologies developed in his lab.

Wager credits the progress of such technological advances to collaboration with his graduate students and colleagues at Oregon State in the departments of chemistry, physics, and electrical and chemical engineering. He shares authorship with them on the book, "Transparent Electronics," along with four review articles, three book chapters and more than 230 journal publications. Since 2012, he has held the Michael and Judith Gaulke Endowed Chair Professor of Electrical Engineering in the School of Electrical Engineering and Computer Science.

With the addition of the 2016 cohort, the NAI includes 757 fellows, representing 229 research universities and governmental and nonprofit research institutes. The 2016 fellows will be inducted on April 6, as part of the sixth-annual NAI conference at the John F. Kennedy Presidential Library and Museum in Boston. 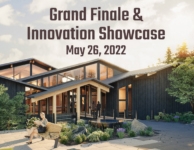 Invited life and bioscience startups have participated in investment-readiness education and a due diligence program, culminating with the grand public finale at Amaterra Winery from 3 to 7pm on May 26, 2022.

Winning finalists who will pitch during the event are Biomotom, Inherent Targeting, Savorease Therapeutic Foods and StoneStable.

Register now to reserve your place.