PV Magazine reported that Pellucere Technologies (formerly known as CSD Nano, Inc.) announced that it has secured a major investment from Energy Innovation Capital. The investment enables the beginning of “full-scale commercial deployment” of MoreSun, an anti-reflective and anti-soiling coating.  The company says their process adds a 140 nm thick silica structure (above image) to the glass. The layer can be added both in the field and in the factory. The company says the fundamental benefit is their creation of a gradual transition from air to glass which reduces angles of incidence, allowing about 8% of formerly lost light to have a chance of being captured. Pellucere posits most anti-reflective coatings work in the same manner, however, MoreSun is just plain better.

In addition, John DeVos has taken the position of COO, Paul Ahrens will fill the CTO role at the company.  All R&D and manufacturing operations will remain in Corvallis, Oregon.  MoreSun was developed at Oregon State University, with support from the National Science Foundation, the Oregon Nanoscience and Microtechnologies Institute (ONAMI) and VertueLab. 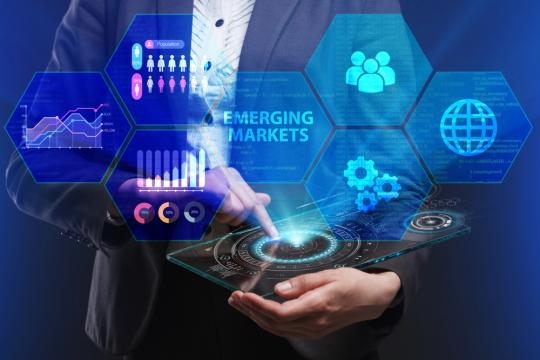 A Look at Technology and the Emerging Trends Affecting Growth

Over the past year, we have seen major companies continue to make significant, impactful investments in their operations as they look to meet market demand. Join Industry and Wall Street Experts for an in-person forum to discuss the various facets driving current growth, semiconductors’ future outlook, and the latest technology trends that are likely to continue. Topics include:

Now that gathering restrictions have been lifted, the SEMI Pacific Northwest Breakfast Forum is an excellent opportunity to network, engage, and share how these topics will impact your business.